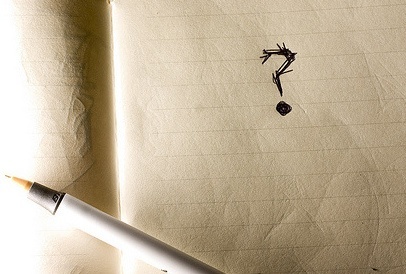 When I think about the future of Christian schools, I am conflicted. I look at the American political and theological landscape and wonder where we will be ten years from now. Over the past decade we have seen more than 25% of all Christian schools in the United States close their doors and shutter their windows, never to open again. In some cases, this is a good thing. Our two largest Christian school organizations admit and understand that we are at a crossroads and must consider not only our future, but also our past.

More than a century and a half ago, protestant Christian schooling began as Dutch immigrants desired to have schools for their children that would incorporate the Gospel of Jesus Christ into every area of their children’s lives and learning. From Michigan to California, Reformed Dutch believers, along with their church communities, built schools meant to do just that and for more than a hundred years, many of those schools thrived.

In the middle part of the 20th Century, other evangelical believers followed their Dutch predecessors in the founding of Christian schools, thousands of them! Often, such schools were established to provide an escape from the increasing secularism of the local public schools and to provide a place for students to receive an education from wholly integrated Christian men and women who had a solid theology and an understanding of the Gospel narrative that runs from Genesis to Revelation.

So, who cares and what does this have to do with Christian schools today? Sadly, many Christian school leaders and teachers no longer understand the wholeness of scripture. In my time as a professor at Wheaton College, the biblical literacy of our Christian college students – including those who had graduated from Christian schools – was often lamented. Many students, simply put, could not even tell us the stories from Scripture so many generations before had learned; and even worse, they did not understand the biblical narrative laid out throughout Scripture. As such, today we see that too often the education offered at Christian schools is fragmented, the pedagogy is often flawed, and our product (curriculum, teaching, and ultimately the learning of our students) that is both internally displayed and externally produced is inadequate.  This is both a church and a school issue.

It is my belief that we will see a continued downsizing of the Christian school movement in the next ten years for this primary reason. Sure, finances may play a role (which speaks to institutional excellence) and the political leanings of states and the federal government may seek to obstruct our work too; but in reality, the real reason that Christian schools will diminish in numbers of institutions, in size of institutions, and in their effectiveness and impact has more to do with the training and education of our students than any other factor.

When we as schools fail to provide a Gospel-centric education that enables students to think broadly, to understand their place in this world, and to engage the world of ideas, we fail to provide a legitimate reason for our alumni to send their children to our schools years later, let alone prepare them to lead Christianly as civic leaders, business men and women, and future educators tomorrow. When we refuse to teach about evolution (I am not suggesting that anyone must believe it, though many Christo-centric believers do subscribe to an old earth or to a theistic evolutionary perspective on creation), when we fail to provide a deep understanding of literature (Dante to Shakespeare to Angelou), when we fail to ensure our students have a proper understanding of history (both Christian and secular historians have improperly rewritten history), and when we fail to ensure our students understand that Christ is woven into the warp and woof of all learning (there can therefore be no separation of the sacred and the secular!), we fail to prepare them to find truth and beauty in the written word, in the winsome and loving disagreement with a fellow learner, and in the wonder of all of God’s creation.

Herein lies the fate of the Christian school. I believe that those who can engage the life of the mind and provide an education that enables students to become fully integrated Christians stand a better chance of survival – finances and government notwithstanding.

3 Comments on “The Future of Christian Schooling”