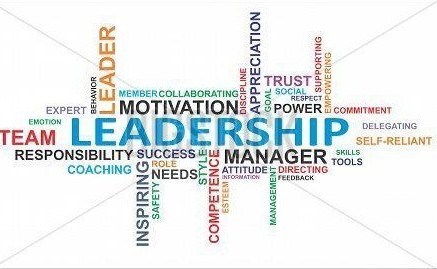 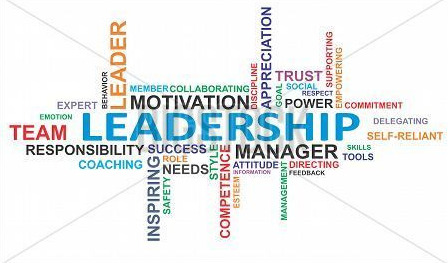 “So, you think you can TED?,” asked Toni.  He was not asking if I would have something worthwhile to say on the TED (Technology, Entertainment, and Design) stage.  He was asking for my feedback on his novel concept: a TED style meeting of “So You Think You Can Dance?”  To be honest, I had my doubts.  Did he have clarity on his goals and concept?  How much would it take to make that happen?  It seemed like a far-flung idea.  Luckily, I was able to quiet my inner-doubter, and I held to my conviction that young people, given the proper support, can accomplish much.  So, I offered some feedback and encouraged him in his venture.  And, I didn’t give it any thought after that.

Two weeks later, Toni called and asked if I was planning to attend his event.  I realized that I had forgotten about our previous meeting and somehow missed the invitation.  Apparently, “So You Think You Can TED?” was a reality.

I arrived at the Saturday evening event in an impressive building in downtown Boston.  As I stepped into the elevator, I thought, “Did Toni really pull this off?” When the elevator door opened, the energy of the place was electrifying.  One might describe this as a hybrid of a quintessential Bostonian Irish bar and an intellectually charged academic conference.  Looking around, I saw all sorts of people – high school students, white-haired college professors, bow tie wearing folks, t-shirt wearing hipsters, white, black, Asian, Latino.  Then, I saw Toni mingling, welcoming, and hosting the event.

What followed was simply unusual and remarkable.  An orchestra conductor shared about his new project to blur the line between the orchestra and audience.  A chef discussed how she brings healthy, but affordable food choices to inner city neighborhoods in Boston through her food truck.  A history professor shared about emotional truth and what it meant for him when facing life tragedies.  One would think that the evening could not get any better than these well prepared and well received talks.  However, following the open-mic session huge numbers of seemingly ordinary, but truly extraordinary people spoke impromptu.

This was Toni’s vision – to give people a voice and to generate innovation and ideas for the common good in a most organic way.  At the age of 18, even before he headed to college, Toni pulled off a memorable event.  He led a group of 50 to 60 people that night to think that something purposeful was possible when people gathered to collaborate and inspire each other.

I witnessed a true leader that night.

When we think of youth leadership, especially in a school setting, we easily think of it in traditional ways, such as student government positions, summer volunteer jobs, a youth group worship team, a basketball team captain, or a teacher’s assistant.  While these are good ways to develop young leaders, adults and traditions predetermine these roles for our young people to fill.

Is there another way to develop young leaders in our schools?  Yes, but the process is messy.

Toni was a product of another kind of leadership development through an experiment of the Trinity Institute for Leadership and Social Justice, a holistic youth leadership program that I developed and direct in Boston.  The goal is to empower and develop students from being personally responsible and participatory citizens to justice-minded, global citizens.  Justice-minded citizenship means that a student would not only care about his or her personal character development, but also ask deep questions about the justice in all choices and actions.  This is an integration of personal character development, personal spiritual formation, analytical mindfulness, and intellectual insights.  Also, this is at the heart of the liberal arts education.

Leadership development is a constant oscillation between the life of the heart and mind.  Young people’s passion of the chest, as described by Socrates, needs to be inspired.  Therein lies a major challenge.  Arguably, mindful engagement to real problems of significance can be inspirational to this generation of young people.  In turn, an inspired heart can further motivate thoughtful inquiries of the real problems and meaningfully and effectively engage a young person.  So, how do we inspire the minds and hearts of youth?

Shortly after the event that Toni organized, he was invited to speak at the most recent TED event in Boston.  He wrote on my Facebook wall that “it was no coincidence that much of the ideas in [his] talk was influenced by many conversations in the Trinity Institute and the encouragement to think deeply about the marginalized.”  Toni wants to give a voice to those who TED does not necessarily consider as experts; he believes everyone has a story to tell and we can all learn from each other.  He was inspired by the conversations in the Trinity Institute and in turn, he is leading and inspiring others to do the same.

This is the foundation of youth leadership development.

Two millennia ago, Paul encouraged the young Timothy in his first letter to not be looked down upon by others because of his young age.  This could be a challenge to our fundamental belief about young people.

In Paul’s second letter, he affirmed the young Timothy that he had the power (dunamew) in Christ’s spirit to be eruptive and disruptive to the social injustices (the Greek word “dunamew” is where we get “dynamite”), the capacity to love deeply and broadly, and the intellect to ask the right questions and discern the right answers (the Greek word “swfronismou” connotes the idea of intellect).  The life of the mind that seeks truth and understanding, and the life of the heart that loves others deeply and fights for justice disruptively are integral to the life of a leader.  And I believe that it is possible for our young people to live such a life of mind and heart.

A Gordon Conwell Seminary professor once asked where I found so many of these incredible young leaders who were doing amazing things, ranging from starting a local anti-human trafficking campaign, to working on public health issues, to organizing a national youth leadership conference.  I responded that at our school, we did not find these young people; we develop them.

In the next post, I will share more thoughts about the process of developing young leaders.  Innovation of student leadership development starts with whether we truly believe in the possibility that young people can be leaders, not only tomorrow, but also today.