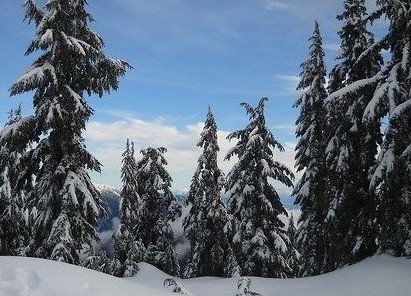 Do you remember your first opportunity to serve in a leadership capacity?  I do.  I remember feeling like I was not ready, but putting on a front to convey the opposite.  I was young, and had accepted a position as the head of small Christian school.  I knew how to teach, because I had been doing so for a number of years.  I even knew some things about school administration, because I also had experience in the role of assistant, and had developed academic programs.  But this time I would be the senior person in charge, fully responsible for the operation of the school.  And as excited as I was about the opportunity, when I began the job I felt great uncertainty, unsure of whether or not I was ready to lead well. I was questioning myself, wondering if I had enough knowledge and experience to be prepared.

The book of Ezra provides us with a lesson on leadership preparation, through the illustration of two particular experiences, which paints a picture of what an effective Christian leader can do to become prepared.  The first is in Ezra 7:6-10, which informs us that Ezra had requested and would be receiving permission and resources from the King, in order to return to Jerusalem.  In this context, we are provided a glimpse of Ezra’s personal preparation for the role he would play (pay attention to the last verse):

6 This Ezra came up from Babylon; and he was a skilled scribe in the Law of Moses, which the Lord God of Israel had given. The king granted him all his requests, according to the hand of the Lord his God upon him. 7 Some of the children of Israel, the priests, the Levites, the singers, the gatekeepers, and the Nethinim came up to Jerusalem in the seventh year of King Artaxerxes. 8 And Ezra came to Jerusalem in the fifth month, which was in the seventh year of the king. 9 On the first day of the first month he began his journey from Babylon, and on the first day of the fifth month he came to Jerusalem, according to the good hand of his God upon him. 10 For Ezra had prepared his heart to seek the Law of the Lord, and to do it, and to teach statutes and ordinances in Israel.

The second experience is shared in Ezra 8:21-24, and describes specifically the preparation for the journey they would take.  Ezra had gathered his team together, and would soon be traveling to Jerusalem with the supplies for the temple. However, before leaving, there was something that had to be done:

21 Then I proclaimed a fast there at the river of Ahava, that we might humble ourselves before our God, to seek from Him the right way for us and our little ones and all our possessions. 22 For I was ashamed to request of the king an escort of soldiers and horsemen to help us against the enemy on the road, because we had spoken to the king, saying, “The hand of our God is upon all those for good who seek Him, but His power and His wrath are against all those who forsake Him.” 23 So we fasted and entreated our God for this, and He answered our prayer. 24 And I separated twelve of the leaders of the priests.

The spiritual preparation for effective Christian leadership begins with an understanding of the all-encompassing context of God’s sovereignty and presence.  Throughout Ezra, there are examples of God’s intentional activity, and that includes both of these passages.  Verses 6 and 9 in chapter 7 both point out that God’s hand was involved in those circumstances, and clearly Ezra realized that concept, because verse 22 in chapter 8 reveals that Ezra had shared that very same truth with the king.  The implication that we can draw is clear: spiritual preparation arises out of recognition of God’s sovereignty.  By learning to do this, we can begin to see His purpose in all circumstances.

Therefore, the first step you must take in preparing yourself to lead, before doing anything else, is to acknowledge God’s sovereign activity, and then submit to Him and to His plans and purpose.  Prepare your heart by seeking God (through prayer and through Scripture, as Ezra did in chapter 8), submitting your plans to His grand design, and recognizing His role in your circumstances.  Submit to Him for His direction, His blessing, and His instructions.  By doing this, you move yourself into the right frame of mind to allow His involvement to shape and filter your actions and your responses.

Once you have done this, the next step is your response to God with your ensuing actions, because stepping follows seeing.  Having oriented your thinking to God, now it is time to move forward in obedience and start the tasks that you have been given, and that’s where the work of leadership will start.  Remember, even with the recognition of God’s role, leadership is not a passive process.  It requires intentional planning and action, carried out with skillful practice, but it still must take place within the acknowledged context of God’s activity.

Ezra showed us a picture of this in both passages referenced above.  Ezra 7:10 begins with an important preposition – “For” – that tells us the content of verse 10 took place before the previous verses.  That means, before he began working on the task to which God had called him, he first prepared his heart.  Ezra 8:21-24 describes how he humbled himself before God, seeking the right way to go about the task, before undertaking the task in verse 24, when he started dividing up responsibilities.  Even the people of Israel followed this process, as can be seen in chapter 3.  The remnant of Israelites who had returned in order to rebuild the temple first took time to worship and acknowledge God (vv. 1-6), even before the foundation for the temple was laid (v. 6).  Then they prepared their supplies and resources (v. 7), and finally they began the work (v. 8).

In essence, the spiritual process of preparing for leadership is one that is first inward and then outward:  first, seeking God and preparing your heart, recognizing His sovereign purpose and involvement, and then second, responding to God’s direction with steps of obedience and action.

The personal preparation for effective leadership is modeled by Ezra and spelled out in 7:10, which states that his preparation had been “to seek the Law of the Lord, and to do it, and to teach statutes and ordinances in Israel.”  This statement describes a simple, yet profound, three-step process of learning, living, and leading.

Learning, or “to seek the law of the Lord,” requires spending time with God, in His Word.  It means investing yourself in study of Scripture to learn who God is and what he says.  It also means cultivating an intimate, personal relationship with God.  For Ezra, it was this knowledge that stemmed from his relationship with God that gave him the capability to lead effectively, because he had taken the time to first spiritually prepare himself.  As a result of this, he was able to see and trust God’s involvement, and could therefore act with boldness and confidence.

Living, or “to do it,” requires putting the Word of God into practice in your life.  This means consistently and willingly obeying God’s commands, observing and following the truths of His Word.  In doing so, you follow God in obedience with your practice, by what you do, and you provide an example of obedience in who you are.  For Ezra, his practice and his example gave him the credibility to lead effectively, because he demonstrated consistency and authenticity in his leadership.  His walk matched his talk, his life matched his words, so the people believed him and were willing to follow.

Leading, or “to teach statues and ordinances,” means that Ezra was now prepared to lead because he was able to teach and explain God’s Word and God’s direction out of his knowledge and relationship with God, and his teaching and direction was believable because of his own life of obedience.  He had prepared himself first, and by doing so, had made himself an effective and believable messenger of God, ready to teach, ready to lead, ready to motivate and influence.

The personal preparation for leadership can be as important as leadership itself.  Ezra showed us what it looks like, and the outcome for him was a high level of competence and effectiveness. The methods and process of his personal preparation therefore provides us with valuable tools for our own leadership. And the order that he prescribed for the process is also important.  You have to do before you can lead, but you have to know before you can do.  So first you have to know it, then you have to do it, then you can teach and lead others.

Ultimately, preparing for leadership involves both spiritual preparation and personal preparation.  Effective Christian leadership, therefore, sees God in circumstances, submits humbly to Him, builds a depth of knowledge and relationship, and lives those values consistently, resulting in the preparation to lead well.

This is the third installment in an ongoing series on leadership lessons that can be learned from the book of Ezra.