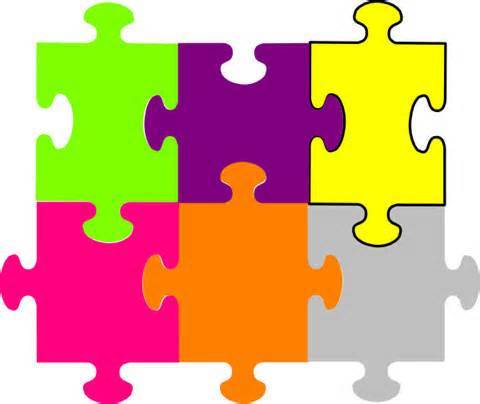 (In the last two posts I wrote about a student engaged movement that is growing among Christian schools and how this type of education is gaining popularity; it seems to be more congruent with Biblical views of students as image-bearers. In the last post I mentioned several organizations that are offering professional development opportunities in this area of emphasis. I recently shared the thoughts below at the first meeting of Christian educational leaders from Christian Schools International (CSI) Canadian school organizations, CACE leadership, Expeditionary Learning leadership, and other educators interested in the Deeper Learning movement. The meeting took place on March 23, 2015 in Boston, MA.)

“Let every student be plainly instructed and earnestly pressed to consider well (that) the main end of his life and studies is to know God and Jesus Christ which is eternal life and therefore to lay Christ in the bottom as the only foundation of all sound knowledge and learning…”.  Would you be shocked if I told you that this was a September 26, 1642 letter explaining the reason for establishing Harvard College (just down the road, so to speak, from this meeting today)? The author goes on to say that “the purposes of life and learning are essentially theological issues, and one’s theology is important. Consequently people who take their faith seriously wish to entrust the education of children to those of a similar faith.” (1) This statement reflects the strong desire of most, if not all of us, gathered today – that children may come to know and live the truth of Jesus Christ.

As we gather today to consider how we might collaborate to advance Christian education with a Deeper Learning emphasis, it is important to understand the context and history of the movement represented by many of us around the table.

On August 17, 1878, the King of the Netherlands ruled that schooling in Holland would be henceforth religiously neutral and that instruction in the Christian faith would end.  According to Richard Ostling, who wrote the centennial history of the Eastern Christian School Association, “that step provoked an extraordinary petition, signed by 306,000 Hollanders from two Reformed denominations and 164,000 Catholic heads of household, plus members of several Lutheran and other societies.” (1)  Without a doubt, a goodly number of those 306,000 dissenters ended up immigrating to North America soon after—not for that reason alone, of course – they also sought economic success and religious freedom.  But, they most certainly carried their ardent wish for “Christian” education with them as surely as they did their wooden shoes.

In a history of CSI’s first 50 years, former Director John VanderArk points out that the rise of secular education that focused students on national citizenship, to the exclusion of the consciousness of the kingdom of God, was a primary cause for the establishment of Christian schools. (1) While many in the late nineteenth century were enamored by Enlightenment thinking, that promoted the concept that “knowledge is power” and that man is the measure of all things, the Netherlands immigrants who began many of the schools in CSI thought otherwise. While they taught their children to appreciate their heritage and to embrace citizenship in their new country (whether Canada or the U.S.A.), their focus for their children was on preparation to live and worship God above all else in this world and the world to come.

There were two waves of Dutch immigration to North America – one to the western Michigan area in the late 1800’s and early 1900’s and another to Canada after World War II. The National Union of Christian Schools (the forerunner of Christian Schools International) organized in the Midwest in 1920. The mid 1940’s saw waves of Dutch immigrants to Canada. In fact, from 1951 to 1960 the average rate of increase was 35% in Canadian schools and in 1962 alone seven schools were added! Teacher shortages ensued and the need for trained Christian teachers led to the growth of teacher colleges in the U.S. and Canada.

These scholars published books on educational philosophy and practice.  As a result, a Kuyperian worldview that was outward looking emerged, and the master narrative of creation – fall – redemption – restoration increasingly became a predominant motif in the missions of Christian schools as opposed to the isolationistic/pietistic tendencies of early Dutch Christian schools.

Out of its best motives, the Christian day school movement was born from the deep conviction by parents that God’s truth be recognized in every subject and every aspect of learning. Knowing that a teacher’s worldview has a powerful and undeniable impact on students’ worldviews, public schooling was not acceptable to these parents because of concerns over what core values/worldview would be promoted. In a public school setting, where all worldviews sit on an equal platform, the highest aspirations for student outcomes often gravitate toward individual economic success and becoming a good citizen. By contrast, while Christian education also works toward these goals, it does so within the context of  nurturing students to love God and serve their neighbors in Christ’s name. Christian schools seek to unfold the wonder of God’s creation, teach students wisdom according to Biblical principles, and help students begin to practice for their life work of service/worship.

In their book, Education for Human Flourishing: A Christian Perspective, (2) Spears and Loomis express concerns about the current educational emphasis on the pursuit of knowledge/technical prowess versus the pursuit of truth/virtue in the classroom setting. Are we educating for excellence and flourishing, or primarily to have students possess certain skills and pass high-stakes tests?

As Christian educators we might well agree that our work should transcend state/national standards. We are educating with an eye toward the student’s work/vocation and an understanding that our work is our acceptable sacrifice to God, not simply directed toward success and employment. Historically then, how have we ended up with our current state of education today? The authors believe that the concerns can be summed up in two words – a lack of wisdom and theology:

“Wisdom pursues how knowledge, within a discipline, is coherent, and recognizes how the seemingly discrete pieces of knowledge within a discipline fit together as a unified whole…the study of theology is a unique pursuit of wisdom because it is a study of God – the one who created and makes coherent all the universe.” Quoting Aquinas: “…we should pursue theology because we love God and want to better understand what he has revealed about himself.”

Spears and Loomis point out that the loss of theology as pre-eminent in the Enlightenment Era led to the loss of the connectedness in the disciplines.  This factor in turn led to empirical science being seen as superior to Christian revelation. (Earlier in the book the authors point out that both rationality and revelation are needed in Christian education.) They are concerned that in American education we are increasingly being drawn into a homogenous, technical, information narrowing educational process as contrasted with Jesus’ emphasis on the personal and connected model of teaching people. Given the current information economy, they believe that “schools no longer have the capacity to act as a trustworthy guide in the development of moral dispositions and actions.” If we seek to maximize human flourishing in a holistic manner, there must be space in the educational process for “creativity, complexity, diversity, richness, and multicultural understandings” that lead to human growth and flourishing.

I call it educating children for flourishing with a mind to wonder, wisdom, and work – discovering God’s wonderful creation and our response of awe, worship, and stewardship, seeking to live wisely and with discernment as demonstrated through the counter-cultural life and teachings of Jesus Christ, and our response of all work, and service to neighbor, being offered back to God as a sacrifice of most excellent praise and worship.

Is what we are seeking today personalized learning? No, it is not ultimately about the person and individual learning, it is about God on the throne – Deeper (or Deepest) Learning in this sense is a much better description of what we desire for students. We seek to find the congruence between seeing Christ as the Tree of Life in whom all knowledge and wisdom comes together or coheres, and the very best ways of honoring students as image-bearers in our teaching and learning. Current traditional practices adopted by Christian schools fall short in engagement and promoting the God given joyfulness of learning, in helping to show the connectedness in creation, in allowing for meaningful service, and in helping students flourish according to their God given gifts and wiring. We seek a better way and we believe that Deeper Learning practices take us closer to our aspirations for further congruence between philosophy/theology and practice.

Dan Beerens is an educational consultant, author, international speaker, and educational leader. Before starting DB Consulting in May 2010, he served as Vice President of Learning Services and Director of Instructional Improvement at Christian Schools International. Prior to that, he was the Director of Curriculum and Instruction for Holland Christian Schools. Dan has also worked as teacher and principal in urban and suburban public and Christian schools in Wisconsin and Illinois. Dan regularly presents on teacher evaluation and professional growth, curriculum design, school improvement, technology integration, faith integrated learning, and student faith development at regional, national and international conferences. He is the author of Evaluating Teachers for Professional Growth: Creating a Culture of Motivation and Learning published by Corwin Press.