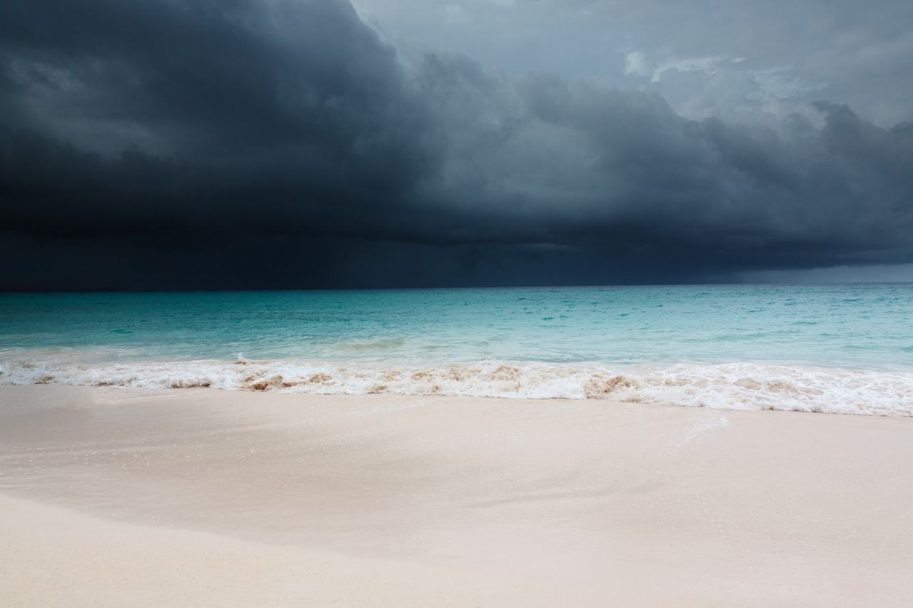 In October and November of 1991 an unnamed nor’easter grew in strength off the east coast of the United States absorbing an already existing Hurricane Grace and eventually reaching full hurricane strength itself. Going unnamed during the event in order to avoid confusion with the previous hurricane, it spawned waves recorded at 100 feet high by buoys off the coast of Nova Scotia. Remaining unnamed and referred to as the unnamed storm in the years immediately following, it was eventually given the name, The Perfect Storm. In spite of it not having a name, it led to the death of 6 crew members with the sinking of the Andrea Gail off the coast of Newfoundland and a book and movie named after the storm about the lost ship. There is disagreement, given the rapid expansion of the storm and the remote location of the ship, and what, if anything could have been done to avoid that disaster. One has to wonder how useful more information would have been in this situation.

I’ve been thinking about the diversity of the hundred’s of schools around the country, and even the world, with which my partner and I (at Charter Oak Research) have worked with to some degree or another. Add to that number the thousand’s of other schools that I only know of or don’t even know exist. Each one of these schools operate in an unique environment because that is where someone or some group felt called to do Christian education. Given that reality, our options on how to best respond to the uniqueness of the market in which we serve are limited, but that is not unique to Christian education. What is unique, unfortunately are the lack of resources to more fully and thus more effectively understand and respond to these realities. One could describe the elements of these primary market realities in three overlapping spheres. These are Market Features, Demographic Factors and Faith Friendliness. First, Market Features. These include your school’s reputation, awareness of your school and other options in your market. All three of these vary from place to place, and only one (reputation) has anything to do with the actual product you are delivering. You are at the mercy, to some extent, to how your market forces are unique—sometimes for the better, sometimes for the worse. For example, awareness can be influenced by you and a marketing strategy out to include assessing and improving awareness. However, many have found themselves wondering how to move that needle after extensive attempts. The reality is that some markets are harder to do this in than others. Crowded media markets, for one, can make it very difficult to gain traction using methods that may work better in other areas.

The next main reality sphere is Demographic Factors. Demographics vary widely. These realities include population trends, income trends, employment trends and household trends. Population growth is great, but what segments of the population are growing? As for income, how is the income growth keeping pace with other costs in the area as well as national norms? Are household sizes growing, staying the same or shrinking? All of this information is powerful for you to have or access. One important opportunity that can come from good demographic research is that a school leader will have an accurate handle on how the population is changing. There are some great examples of Christian school leaders, who, seeing a growth in likely less prepared students, have developed strong responses with programs to serve some of those needs.

The final sphere is Faith Friendliness. A school can benefit a great deal by knowing how their target is likely to respond to Christian education and to private education. An over simplified, yet pretty accurate example of what I am talking about is a map of the east coast of the US. In very general terms, starting in New England and driving south, attitudes toward faith in general and Christian education in particular improve all the way to Florida (not much form state to state but form region to region). These spheres overlap to some extent in that demographics influence faith friendliness to the extent that faith friendly people make up a portion of the population. Demographics influence market factors and vise versa as an economy in a certain area will impact population and income trends.  For example, maybe a school operates in a challenging media market or competitive landscape but overall receptivity toward Christian education is strong as are projections for the population. Fortunately, there are degrees to which each element is favorable or unfavorable—positive or negative. Even in such an environment where each element is generally negative two factors should be considered. First, research and awareness allow a school leader to be strategic. Apart from this strategy, plans are reactive and tactical without real likelihood of success. Finally, and more importantly, awareness lets the leader who is called remind him or herself of that calling. Strategy based on research helps a leader make data informed decisions in support of their Biblical calling. The final recorded words of Captain Billy Tyne before contact was lost with the Andrea Gail were, “She’s comin’ on boys, and she’s comin’ on storng.” Not exactly encouraging words, but not words of resignation either.