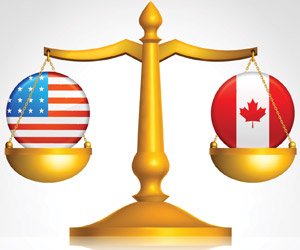 This essay originally appeared in Education Week Vo. 36, No.20 on February 2017. It is reprinted here with the permission of the author.

The newly confirmed U.S. secretary of education, Betsy DeVos, will take office during a tumultuous time in American education. As a school-choice advocate, she is well-positioned to put her stamp on the expansion of charter schools and other effective—but often controversial—education reforms. DeVos has invested millions of dollars in the school choice cause and in inner-city charter school initiatives.

If the grilling DeVos endured in last month’s confirmation hearing is any indication, any push from within the Trump administration for greater diversity of elementary and secondary school options will end in an acrimonious public vs. private debate. But it need not be that way.

In fact, one can advocate for a much more expansive definition of public education: one that offers greater parental choice in a system that is responsive to local community and parental demand, while absolutely shunning for-profit elementary and secondary schools. One can believe that public schools should not be uniform, but that in receipt for their funding—whether through vouchers, tax credits, or charter models—they should be properly regulated and held fully accountable.

If all of that sounds like having your cake and eating it too, then I would like to issue an invitation from Canada to take a look north of the 49th parallel. The Ontario-based public-policy think tank Cardus, for which I serve as an education program director, urges DeVos to check out the provinces of Alberta and British Columbia in particular.

These provinces have moved past the public-private split, forgone off-the-shelf privatization, and embraced models of education diversity by providing partial funding to independent schools—those with no ties to provincial governments. These schools have a documented history of providing high-quality education to the provinces’ diverse population of students. In both provinces, these schools consistently perform on par with the top 10 nations in the Program for International Student Assessment, or PISA, rankings.

These education systems reflect the unique population and history of each province by providing academic approaches that represent religious, linguistic, and cultural diversity, as well as diverse pedagogical approaches, including Montessori, Waldorf, and home-schooling models. While these systems are not identical, both use key principles of subsidiarity: devolving autonomy to parents, communities, and education professionals while also holding the schools accountable for educational excellence.

Now it’s not all sweetness and light in Canada. It’s worth remembering that there is unequal provision of parental choice from province to province and that some forms of regulation pose unnecessary obstacles to the range and quality even public education can offer. For example, the province of Ontario has repeatedly refused to modernize its education policies. Even the discussion of minor measures that would ensure equity for all of Ontario’s students, such as funding the textbooks required to teach the provincial curriculum or paying for transportation to schools, is entirely off the table. In Ontario public schools, enrollment has declined by 4.6 percent over the last decade, while spending per student increased by 57.3 percent in the same period. Its public education system suffers the bureaucratic bloating that is the hallmark of the American education system.

And in Alberta, the provincial government has reintroduced excessive oversight on hot-button issues, including Bill 10. The bill gives students the legal right to form a gay-straight alliance when school boards already have an existing responsibility to create welcome places for all. Religious schools feel that this subjects them to exceptional levels of scrutiny to ensure compliance, given that they already affirm anti-discrimination legislation under the province’s human rights law.

Though some troubles persist, independent schools in Canada continue to produce excellent citizens. A 2016 Cardus survey on the outcomes of Canadian high school graduates, which was partly funded by the Richard and Helen DeVos Foundation (operated by Betsy DeVos’ in-laws), confirms this. The survey found that graduates of Catholic, evangelical Protestant, and nonreligious independent schools were more likely than public school graduates to give blood, to donate to charity, and to report feeling responsible for the welfare of others.

At some point the cameras and lights will be turned off, the political rhetoric will subside, and DeVos will be able to get to work. She will have the opportunity to enact reforms without blowing up the public education system and can look north of the border at a neighbor that, since its founding 150 years ago, has maintained a common school system that isn’t synonymous with one-size-fits-all uniformity. Even in provinces that have some ways to go, parents do have choices, whether it is separate Catholic or French-speaking schools.

So, let’s add parental choice in education to the list of things that Canada invites its southern neighbor to explore anew.