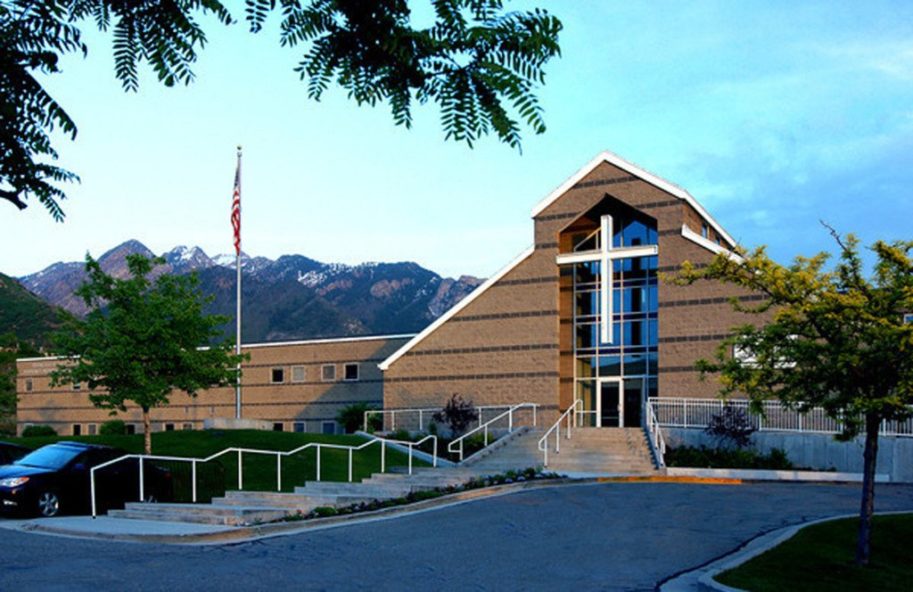 The church I am a part of in Salt Lake City has a tagline that describes the John 10:10 life we strive for: “An Adventure with God”. When it comes to my last four and a half years at Intermountain Christian School (ICS), that tagline has been lived out in very real ways and CACE has been in the thick of that adventure.

I’ll never forget the day in the fall of 2013 when Paul Neal, now CACE Fellow, and David Urban, his partner at Charter Oak Research, called me up via a crackling speaker phone and said, “Hey, Mitch. Have you ever heard of Dordt University?” Dismayed, as they had just been to ICS a few weeks earlier, I chuckled and said, “Ummm, yes! It’s my alma mater?!! How do the two of you know about Dordt University?!!” They went on to explain that they had just been invited to a meeting with a group of people who wanted to start an organization to help Christian Schools and when asked if they knew of a school considering a change in governance, they’re response was, “Yes! We were just there. It’s Intermountain Christian in Salt Lake City.” It’s moments like these when I know the hand of God is real.

Intermountain Christian School is the only non-Catholic, fully accredited PS-12th grade Christian school in the Salt Lake valley, an urban area of 1.2 million people. Four years ago, there were 265 students and the high school had dropped to the low 50s in enrollment. Today, ICS is in serious talks of needed expansion as our school is nearing full capacity with 335 students and a growing high school of 79 students.

After many more meetings and conversations and ICS yearning for outside input given our isolation, by the summer of 2014, Tim Van Soelen, Director of CACE, contacted me and invited us to be the first “partner school” of CACE. Within a few months, there were five more schools added to the first SCORE group and we were off and running.

We had the benefit of being CACE’s “guinea pig” and all of the CACE fellows visited ICS that fall. Though they were met with a school with very strong academic results, the culture was not healthy, the mission was not clear, enrollment was struggling, cash was tight and the budget wasn’t balanced…again. Through the five CACE fellows who got to know us well, they helped us sort through short and long term goals.

By early 2015, the fellows helped us through a difficult personnel decision that led to other changes as well. Dan Beerens came to Salt Lake multiple times not only to enjoy the local ice cream parlors but also to help us determine our strengths, where there were holes and led us in a process to write and adopt our new mission statement through which everything is now poured: “ICS is a Christ-centered learning community that equips and inspires students to thrive in God’s world.”

Erik Ellefson and I spent a half hour on the phone every other week for coaching. He not only encouraged me but challenged me in areas I needed to work on. “Mitch, your transparency is one of your endearing strengths, but sometimes you’re TOO transparent!” “Mitch, I know what your budgeted enrollment is. What’s your enrollment goal?!!” Erik’s coaching has changed me forever.

Paul Neal was essential in helping our energetic marketing team develop strategies not previously used or understood at ICS. We used data to determine how to not only spread the word in pursuit of new students at ICS but also to understand areas and reasons we were losing students. Those grade transitions where we’d typically lose students have now flipped with consistent net gains in students.

In the fall of 2015 Chad Dirkse arrived at ICS and the day before speaking at our annual fund event found we were facing a SIGNIFICANT cash and budgetary crisis. Through Chad’s direct communication with the school board and our team, we completely shifted not only the message of our annual fund event but also our budgeting methods and priorities. ICS was suffering from budget deficits in seven of the last eight years. However, by changing our methods, Chad helped us come to a place of the school being on its way to financial health and being “in the black” operationally.

Finally, CACE humbly launched us beyond even what CACE fellows directly provided when Tim Van Soelen sent me a text message and said, “Have you ever heard of the Van Lunen Center?” With chills going down my spine and tears in my eyes, I sent a photo back to Tim of the professional development planning form I had just filled out an hour earlier at an in-service that said my plans for the next year were as follows: “Do the Van Lunen Fellows Program…but I have no idea where the funding will come from.” Tim called me up and said, “You wanna do it? I’m sitting here with the VLC Director, Jim Marsh, and there’s a spot if you’d like.” That led to me joining the Van Lunen program the following year, ICS developing a mission driven strategic plan, and me now utilizing development coaching that has been essential as we launch into major capital projects needed for us to have a lasting future, become an exemplary school and expand our reach.

If you were to come to ICS today you would find a school that isn’t perfect. But that imperfect school is different place. God is moving. People are on mission. Students are thriving. Christ-centered learning is being facilitated. Retention is solid. Parents are engaged. The Spirit is alive. Improvements are happening. ICS is thriving in God’s world.

It’s been an amazing and, at times, a brutal adventure. (Erik Ellefson may think I’m too vulnerable with that comment, but that will have to be OK this time.) The investment of Sid and Carol Verdoorn in ICS through CACE has been, I believe, ordained by God, timely in an amazing fashion and could very well have saved and re-launched thriving Christian education in the Salt Lake valley. I will forever be grateful for CACE’s investment in ICS and me, the lifelong friendship and support of many, and the expertise we needed at just the right times. CACE was there. What a privilege it’s been.

Mitch Menning is a graduate of University of Utah with a MBA and also holds a BA degree from Dordt University in Theology and Secondary Education Mathematics. He spent four years teaching at the high school level and twelve years working in the accounting and finance arena as a licensed CPA. His career came full circle back to Christian education as he joined ICS in 2012 as the Director of Development. He became the Head of School in early 2014. Mitch lives in Salt Lake City with his wife, Kara, and their six children.