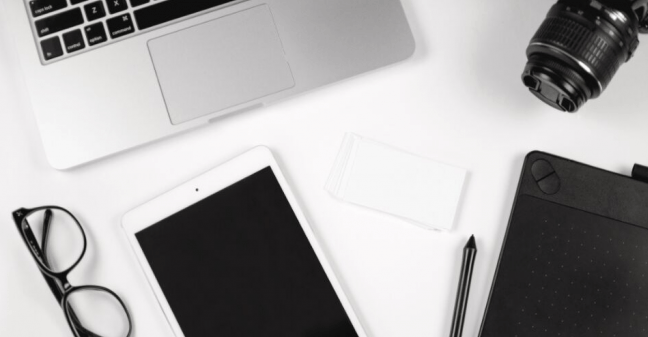 In science our students learn that Pressure = Force / Area.

Essentially, pressure is calculated by measuring a particular force as it is applied to a particular area. And as you might imagine from looking at the equation, Pressure increases in two ways.

And the chair would possibly collapse.

Second, pressure increases if the Surface Area on which the force acts upon decreases. Now imagine the chair I am standing on is suddenly replaced by my two year old’s little wooden chair half the size. While the force would remain constant, the pressure on that tiny chair would be significantly greater than the force acting on the original chair.

The result would be the same as the first scenario. The chair would crack under the increased pressure and be reduced to splinters; fragments of the whole it was designed to be.

Does this formula for pressure operate in culture?

To paraphrase Andy Crouch, we are image bearers, and as such, we are designed to participate in God’s creative work by transforming the good things God gave us in the world (grain and grapes) into very good things (bread and wine).

Although even these very good things can become sullied by the sin of this world, we cannot escape the fact that we live in a world of things. And the sum total of the things we’ve made from the world is the culture in which we live and breathe and find our being.

Electric Cars and Diesel trucks, Eggo Waffles and Denver omelettes, Notepads and Computers, Hoverboards, iPhones, Instagram, Twitter, the Constitution, or even the chair that was reduced to splinters.

In Austin, culture includes excellent coffee, Paddleboarding on Towne Lake, Franklin’s BBQ, and ACL. It involves Austin ISD, and Austin Classical School. It involves spas for people and spas for dogs. (We all know that last one is probably a thing). Austin is full of beautiful, wonderful, and weird things.

Our culture also consists of countless pictures and videos we take and share of all these “things,” even though we KNOW we aren’t going to watch those fireworks videos from 4th of July three years ago, they’re somewhere on our phone!

But do we ever stop to consider that these “things” of culture – the things we make – produce forces in our lives? The phone is a force nudging me to do certain things (share a picture of that breakfast I made for example), and more often than I’d like to admit pulling me away from doing or being other things (reading that book I’ve been meaning to get to since 2011).

Cultural forces bear down on my heart, and on your hearts, on our student’s hearts, and on our children’s hearts.

But unlike a visible chair I am standing on, we cannot really see how the heart is holding up under all the pressures of the world in which it exists. Is it remaining whole? Or are we starting to see signs of fracturing?

Ann Snyder, the editor for Comment Magazine, recently shared some statistics outlining life in the 21st century. They indicate the state of our hearts in a culture of beautiful, wonderful, and sometimes weird things.

What about life for our kids?

But do we prioritize and celebrate external success and the accumulation of cultural “things” and experiences over the development of the interior world of the heart?  In a 1976 survey asking students to rank a list of 16 top life goals, “fame” fell to 15th. Today nearly 51 percent of students choose fame as their top goal.

The focus on external success without attending to our internal moral core is clear and clearly comes at a cost. In his book “In the Name of Jesus” Henri Nouwen summarizes this cost well:

“Beneath all the great accomplishments of our time there is a deep current of despair. While efficiency and control are the great aspirations of our society, loneliness, isolation, lack of friendship and intimacy, broken relationships, boredom, feelings of emptiness and depression, and a deep sense of uselessness fill millions of people in our success-oriented world.”

CS Lewis warned us decades ago that our systems of education and cultural priorities were producing “Men Without Chests.” And perhaps, the pressure of our cultural forces seems to be too great to bear because our hearts have become like my son’s chair- too small to bear the load, cracking under the increased pressure – and becoming fragments of the WHOLE they are designed to be.

So what do we do?

In the coming weeks, we’ll devote some blog space here so that we can look at two possible ways to alleviate the pressures on our hearts in a culture of “things.” We hope you’ll join us in this journey inward!

Dave Sikkema is the Head of School at Austin Classical School. He earned degrees in History from Queens University, Baylor University, and University of Western Ontario. Dave frequently writes about the cultural impact of digital technology on his blog and for other publications.