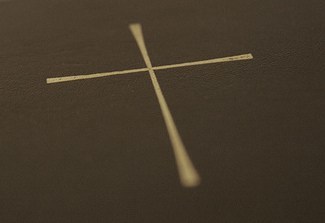 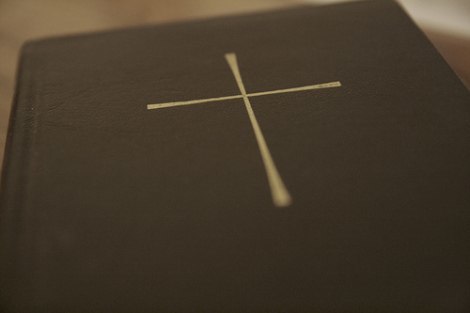 In my last blog post, Covenantal vs Missional Enrollment, Part 1, the rationale for a covenant-based enrollment approach was explored. In this post, reasons are explored for Christian day schools to consider using a missional approach to student enrollment. Follow-up questions at the end of the article may be helpful to promote meaningful discussion of this topic, as well as materials for further reading.

In recent years, schools have begun to move toward missional-based enrollment on a partial basis (a certain percentage of students of non-believing parents in ratio to the total student population) or fully as their mission and basis for existence. This movement can be related to a desire to have a greater evangelistic impact in their community and as a response to pressure to maintain student enrollment numbers. There is also a growing recognition that parents may be coming to schools for a variety of reasons that may or may not have anything to do with an understanding of their Biblical responsibility or the concept of the covenant of grace. The variety of reasons can range from safety (safer environment than the local public school), success (best test scores in the area), to shalom (the reason for Christian schools). Teachers today understand better than ever that, due to the declining influence of home and church, each student needs to be challenged with both the issues of salvation and discipleship while at the school.

Author and Christian educator, Richard Edlin, suggests that some Christian schools pursue opening enrollment to students from non-Christian homes in order to have the Christian school be “a community that acts as salt and light in a lost and needy world” and teaches kids not to hide their lights.

International Christian educator, Harold Klassen, suggests that we would be better served by having seeker-friendly schools than seeker-friendly churches on the basis of Deuteronomy 31:12:  “The seeker-friendly school’s roots go back to the very beginning of God’s organization of His people. Even in the Old Testament, Moses instructed that they ‘assemble the people—men, women and children, and the aliens living in your towns—so they can listen and learn to fear the Lord your God and follow carefully all the words of this law’ (Deut. 31:12). Not only God’s people were to be included in godly instruction but also those who chose to join them but hadn’t become part of them.”

Klassen goes on to point out that schools by their nature can be much more effective and friendly places to engage students, due to having a trained educator and the benefit of longer time to develop relationships and instruction. Klassen recommends that the potential effects of bad behavior by non-Christian students on the student body could be limited by admission of only early age students or by separation of grades by physical location and scheduling. He rightly points out that with so many believers coming to faith before age 14 (estimates are 85%), we should seek ways through Christian education to evangelize at early ages. He offers several examples of non-Christian students who were offered a spot in an international missionary school, who later become important leaders of the country and lived out their faith. As a result of strong foundations bearing later fruit through the work of the Spirit, he mentions the Scriptural training that Paul and so many other Jewish leaders of the early church received, that in turn blessed the growth of the church. By opening up Christian schools, Klassen sees opportunities to change the current mindset of churches so that they may fully appreciate and value the work of Christian schools – they could be a true partner in ministry.

Both Wolterstorff and Klassen suggest that by being missional-based, Christian schools could avoid the “hothouse” or “protective bubble” criticism that is sometimes leveled at them by parents. Non-believing students and parents could actually sharpen the thinking and vision of the school through the questioning of the status quo.

In a missional-based school, it would be imperative that the school staff be very clear and united on the mission and beliefs of the school. The mission of the school would need to be made clear to all prospective parents, and non-believing parents would need to assent to having their child be educated from a clearly articulated Biblical perspective, as well as agree not to undermine the Biblical perspective at home.

In a worst-case scenario, even though parents may enroll agreeing to a clear statement of principles, they may not support the school and attempt to change its mission and subvert its efforts. This also might apply to current practices about society membership, church membership of staff members, and board member selection eligibility.

School societies would also need to communicate with non-Christian parents that non-believing parents would be not be able to be a part of the governing board of the school. On the plus side, these conversations with parents about the mission of the school and the resulting conversations with their children, could set the stage for the work of the Spirit in the lives of the parents.

From Vision to Action: The Basis and Purpose of Christian Schools. Grand Rapids, MI: CSI, 1993.

VanDyk, John. Pamphlet – The Beginning of Wisdom: The Nature and Task of the Christian School. Grand Rapid, MI: CSI, 1985.

Dan Beerens is an educational consultant, author, international speaker, and educational leader. Before starting Dan Beerens Consulting in May 2010, he served as Vice President of Learning Services and Director of Instructional Improvement at Christian Schools International. Prior to that, he was the Director of Curriculum and Instruction for Holland Christian Schools. Dan has also worked as teacher and principal in urban and suburban public and Christian schools in Wisconsin and Illinois. He serves as a Senior Fellow at CACE (Center for the Advancement of Christian Education), represents Curriculum Trak sales and professional development and serves as co-chair of the annual Christian Deeper Learning conference. He blogs regularly for CACE and is the author of Evaluating Teachers for Professional Growth: Creating a Culture of Motivation and Learning (Corwin Press) and co-editor of the recent book MindShift: Catalyzing Change in Christian Education (ACSI).